As the community relations director for an assisted living community, Jennifer Angell’s job is to create unique and enjoyable experiences for the residents living there. She often combines these activities with something purposeful, like raising money for the Walk to End Alzheimer’s.

For the last few years, Jennifer has been the Team Captain for the Spiritwood Unforgettables. They usually attend the Eastside Walk to End Alzheimer’s in Redmond, but Jennifer wanted to do something a little different this year. “Our organization makes a donation and attends the Walk, but I wanted to expand on that and find a way to get the residents more involved,” says Jennifer.

“The whole process took about four months,” says Jennifer. “I would do just one photo at a time, and when it was ready, I’d present it to the community at lunch time. People passed the photo around and the featured resident would dress up in costume and parade around the lunch room. It was so much fun for everyone.”

Launching each new photo this way encouraged other residents to get involved too.

From the Issaquah Reporter:

“When asked by Jennifer to be a part of the calendar, I didn’t want to be bothered,” said Jack Guptil, 83, who was in the “Blues Brothers” photo shoot. “But when I saw how much fun people were having being someone else, I said that’s me. Elwood from the Blues Bros.”

The plan was to sell the calendar as a way to raise money, but no one anticipated what an amazing success it would be: the first three boxes sold out in just four days. “Resident families just loved it and swooped them right up,” says Jennifer.

The popularity of the project garnered attention from the Issaquah Reporter. “After the article came out, we started receiving checks in the mail and orders from people in the community,” recalls Jennifer. “It just really took off from there.” 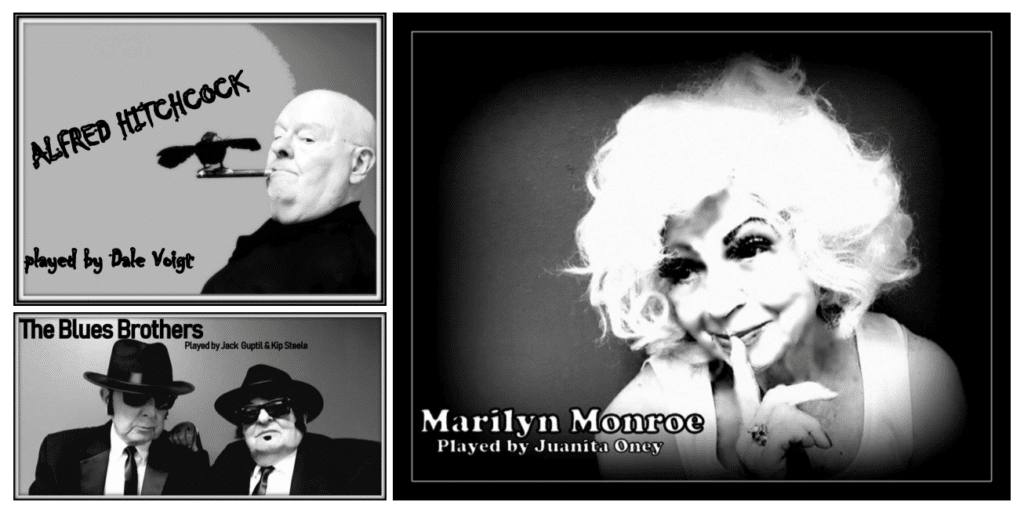 They’ve now used the images to create coffee mugs and tote bags, which they sold at a holiday bazaar. In total, they’ve raised over $4,000 for their Walk team — more than they’ve ever raised before. “Our goal was only $1,000, so we’re really happy to be able to donate this much to the Alzheimer’s Association,” says Jennifer. “I’m so thankful to my employer for sponsoring this project. It has been such a source of joy for all involved.”

Her employer, Spiritwood at Pine Lake, offers memory care as part of their community, so that is part of her motivation for leading a project like this. It’s also personally meaningful to her. Jennifer’s aunt was recently diagnosed with dementia and it has been rapidly progressing.

“For me, raising funds for the Walk to End Alzheimer’s is really about the research and the hope of finding a cure,” says Jennifer. “It’s also about bettering the lives of people living with dementia and their caregivers. That’s what I try to do every day through my work, and I know the Alzheimer’s Association does that too.”

If you’re interested in ordering one of these items as a gift for the holiday season, you can reach Jennifer directly at: (425) 313-9100 or jennifera@villageconcepts.com.

This website uses cookies to improve your experience while you navigate through the website. Out of these cookies, the cookies that are categorized as necessary are stored on your browser as they are essential for the working of basic functionalities of the website. We also use third-party cookies that help us analyze and understand how you use this website. These cookies will be stored in your browser only with your consent. You also have the option to opt-out of these cookies. But opting out of some of these cookies may have an effect on your browsing experience.
Necessary Always Enabled
Necessary cookies are absolutely essential for the website to function properly. This category only includes cookies that ensures basic functionalities and security features of the website. These cookies do not store any personal information.
Non-necessary
Any cookies that may not be particularly necessary for the website to function and is used specifically to collect user personal data via analytics, ads, other embedded contents are termed as non-necessary cookies. It is mandatory to procure user consent prior to running these cookies on your website.
SAVE & ACCEPT